The inspection process is the same regardless of who's completing it. The inspector is guided through adding baseline data for each room in the unit, and can additional areas that are custom to the unit.

Inspections are designed to update and "ratify" previously submitted data

As they work through the inspection, inspectors will see any pre-reported information about the unit. They will need to confirm that either the pre-existing issues have been fixed or that they're still present. If they mark a previous damage as repaired then it will be recorded as fixed and no longer show up in the inspection report. If they say that it wasn't fixed then it will persist as an outstanding issue in your report. 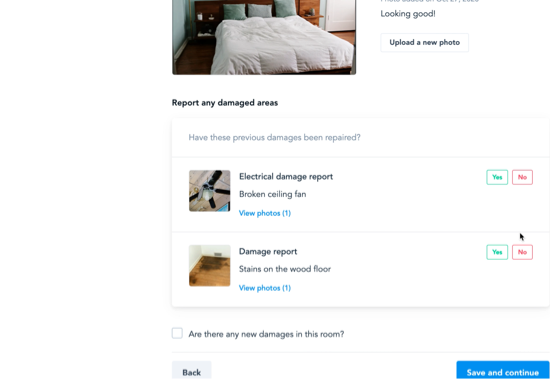 If the inspector sees any issues that have not been reported they're required to describe the issue in detail and upload photos.

When they're done, you will be able to review their additional issues including all of the photos they took to document each issue. If something was reported that you think might be wrong, get in touch with Caretaker Support and we will resolve the issue.

Did you find this to be helpful?